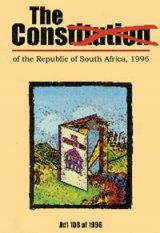 This morning, the Constitutional Court of South Africa handed down judgment in the five year long Phiri water rights case. The judgment was given in respect of an appeal by the Phiri applicants, of the previous judgment in this case handed down on 25th March 2009, by the Supreme Court of Appeal (SCA) in Bloemfontein. In turn, the SCA judgment was the result of an appeal by the City of Johannesburg/ Johannesburg Water (the ‘City’) and the Department of Water Affairs and Forestry (DWAF) of the previous ruling of the (then) Johannesburg High Court in April 2008.

The summary judgment of the Constitutional Court is as follows: The City’s Free Basic Water policy falls within the bounds of reasonableness and therefore is not in conflict with either section 27 of the Constitution or with the national legislation regulating water services. The installation of pre-paid meters in Phiri is found to be lawful. Accordingly, the orders made by the Supreme Court of Appeal and the High Court are set aside.

The applicants, the Coalition, Phiri residents and no doubt millions of poor people across South Africa are extremely disappointed by what is a shocking judgment. The court’s ruling, written by Justice Kate O’Regan (now retired from the Court) and supported by all other 8 judges sitting in the case, is a classic example of a lazy legalism as well as wholly biased and contradictory reasoning.

It is impossible to deal with all the arguments/positions taken by the Constitutional Court in its 90 page judgment but a few, brief responses are absolutely necessary.

In relation to testimony and evidence on almost every substantive matter raised in the case, the Constitutional Court takes the City of Johannesburg (CoJ) /Johannesburg Water (JW) at their word and defers to the twisted logic (read: propaganda) of their arguments. It is as if the thousands of pages of evidence and testimony provided by the Phiri applicants in countering the same from CoJ/JW is simply ignored and/or considered irrelevant. One example will have to suffice: Despite mountains of credible evidence to show that there was no serious ‘consultation’ with community residents by CoJ/JW in implementing Operation Gcin’amanzi (a matter the High Court judgment referred to as a ‘public relations exercise’) and that the pre-paid meters were forced onto residents the judgment parrots, almost verbatim, the CoJ/JW propaganda: Twenty community facilitators were appointed by Johannesburg Water to conduct house visits. The task was to explain the project and its implications carefully to each household. By the end of the implementation process in Phiri in February 2005, all but eight of the 1 771 households in the area had opted for either Service Level 2 or a pre-paid meter. Indeed the vast majority selected the latter. Clearly, the Constitutional Court has no respect for the honest and unfiltered views and experiences of poor residents.

The reasoning of the judgment in relation to the constitutional obligations of the state (in this case, CoJ/JW) to provide access to sufficient water is completely contradictory. On the one hand the judgment says that the state does have the constitutional obligation to progressively realise the right of access but on the other it says that the determination of the content of that right (in the case of water, the state’s unilateral decision in 2001 to implement a universal free basic water - FBW -policy of 6 kilolitres per month, per household) cannot be seen as a minimum core and that the said right cannot be achieved immediately. What the judgment thus effectively says, but does not recognise itself, is that there is no foundational or time/spatial basis upon which to adjudge what constitutes ‘progressive realisation’. This is why, eight years after the implementation of the state’s FBW policy and with no change in that policy throughout those eight years, the court can find that this constitutes “progressive realisation” and that those who now seek to redefine what this means are guilty of seeking “immediate” remedy. In logical terms, it is a circular absurdity. One is left to seriously ponder then if the constitutional phrase – progressive realisation – has any practical meaning at all when it comes to the most basic of all socio-economic rights, other than to allow the state to do whatever it pleases, whenever it pleases and at whatever pace pleases it. Indeed, this seems to be exactly what the judgment is endorsing - even if, as it appears, it has no idea it is doing so - when it states that, “the City is not under a constitutional obligation to provide any particular amount of free water to citizens per month.”

As if to compound the cyclical contradictions, the judgment further states that, what the right of access to sufficient water … requires, will vary over time and context. Fixing a quantified content might, in a rigid and counter-productive manner, prevent an analysis of context. The concept of reasonableness places context at the centre of the enquiry and permits an assessment of context to determine whether a government programme is indeed reasonable. This is wholly ignored in the reasoning behind the judgment’s section on ‘progressive realisation’ of water rights. If the state can ‘fix a quantified content’ in relation to free basic water provision in 2001 and not change it for eight years (read: no progression), then why is this not seen as being “rigid and counterproductive” and ‘preventing an analysis of context’? If context is indeed at the “centre of the enquiry” of what constitutes “reasonableness” then surely it must be equally assessed/applied ‘over time’. Besides the fact that one part of a paragraph in the judgment wholly ignored the other, it is unfortunately for the poor (and for rational logic as well as historians), that the Constitutional Court clearly thinks context is frozen in time - and thus also, the concept of ‘reasonableness’.

In a further case of biased illogic, the judgment rejects the applicants request for free basic water provision to be changed to a per-person allocation instead of the present per-household allocation (as this clearly discriminates against poor households in townships which are much larger than richer suburban households) because the City of Johannesburg presents cogent evidence that it is difficult to establish how many people are living on one stand at any given time” (here it is worth noting that the judgment relies on statistical evidence on households from the eight-year old 2001 Census). But then the judgment goes on to say that the CoJ’s indigent, means-testing policy (which does not even cover one fifth of indigents in the City and is, by all accounts, an administrative nightmare) has an “indisputably laudable purpose … it seeks to ensure that those most in need benefit from government services. So, according to the Constitutional Court, the City can’t implement a per-person allocation due to ‘fact’ that it will be too administratively burdensome (and because the City says so) but it endorses a means-testing approach instead which, of course, is not nearly as administratively burdensome (again, because the City says so) and has a ‘good purpose’ to boot.

And lastly … the judgment dismisses the applicants argument that the automatic cutting off of water after the free basic amount is dispensed from pre-paid water meters, does not constitute “discontinuation” (and thus an illegal/unconstitutional act). It makes this finding using the following reasoning: the ordinary meaning of “discontinuation” is that something is made to cease to exist. The water supply does not cease to exist when a pre-paid meter temporarily stops the supply of water. It is suspended until either the customer purchases further credit or the new month commences with a new monthly basic water supply whereupon the water supply recommences. It is better understood as a temporary suspension in supply, not a discontinuation. Here then, we have the highest court in the land saying that those poor people with pre paid water meters must not think that their water supply has discontinued when their taps run dry because the meter has cut the supply … they must imagine that it is ‘temporarily suspended’ until such time as they can find the money to buy more water credit or until the next month arrives. Such ‘logic’, and even worse that it is wrapped up in legal dressing and has such crucial practical consequences, is nothing less than mind boggling and an insult both to the poor and to the constitutional imperatives of justice and equality.

The Constitutional Court notes at the beginning of its judgment that, “this is the first time” that the constitutional provision on the right of access to water “has been considered by this Court.” This makes the judgment doubly tragic. The Court had a historic opportunity to give meaningful, lived content to the right to water, to strike a constitutional blow for the poor in their struggle to fully enjoy the most basic of all human needs. It is to their, and our country’s, discredit that they have miserably failed.

Our disappointment should not be mistaken for resignation. As we have said from the very beginning of this case, irregardless of what transpires on the legal terrain, the struggle for accessible, affordable and adequate water will not stop. How can it, when there continues to be such glaring socio-economic inequality and injustice.

The Coalition would like to extend a huge thank you to our legal team at the Centre for Applied Legal Studies – particularly Jackie Dugard – as well as our lawyers throughout the case, Wim Trengove and Nadine Fourie and to all who assisted with, and worked on, this case over the years. To the individual applicants, residents of Phiri and many other poor communities (both here and abroad) … the struggle continues!